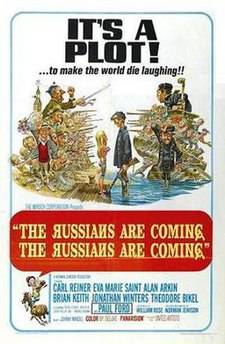 One reason was history: Since the beginning, only six comedies have won the Oscar for Best Picture.  Ironically, at the time Russians came out, it would’ve had a better chance than it does today, because at that time five comedies had won Best Picture.  In the fifty years since, just one.  In a very real way its zero chance of winning in 1966 has steadily fallen below zero since. END_OF_DOCUMENT_TOKEN_TO_BE_REPLACED

I never really noticed it before, but musicals can be pretty dark.  On the surface they seem all happy and shiny because they tend to be in the bright sunshine, have the singing and dancing, and a generally joyful sensibility.

Underneath, though, they can go to so real terrible places.

END_OF_DOCUMENT_TOKEN_TO_BE_REPLACED

Down the years there have been a number of Best Picture winners that look like they were mistakes.  In another post, somewhere else on this blog – but not necessarily as part of The Best Picture Project – I outlined “The Little Best Pictures”, or, those films to win Best Picture while still winning three or less Oscars.  In every case the film that won Best Picture was not the winner of the most awards that year and won in so few of the important categories that their victories as Best Picture seems to be something of a mistake.  All The King’s Men was one of those films. END_OF_DOCUMENT_TOKEN_TO_BE_REPLACED