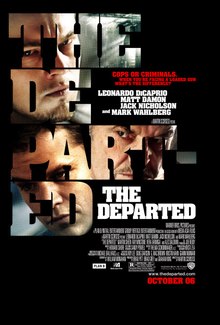 Let me ask you a question – which is worse: END_OF_DOCUMENT_TOKEN_TO_BE_REPLACED

I saw Titanic in it’s first weekend in release, on Christmas Day 1997.  I distinctly remember this because I’d never seen a movie theater lobby so overrun with people before, nor had I ever been forced to sit in the third row from the front on the leftmost aisle before.  Spending three-plus hours leaning back and craning my neck to the right was hardly the ideal way to see the film and yet, it did not stop me from recognizing this was a seminal moment for me in film.[1]

And surely, given how it was such a cultural phenomenon, I’m not the only one who was captivated by Titanic[2].  In fact, it’s fair to say the whole world was captivated by it[3]  , given it was the first film to do more than $2 billion at the global box office[4]. END_OF_DOCUMENT_TOKEN_TO_BE_REPLACED

In honor of both Lance Armstrong admitting his Tour de France victories were a sham, and Manti Te’o getting caught up in some weird catfish-nonsense about his online-girlfriend, it seemed a good time to run out a list of movies you could draw from to program your Hoax-themed film festivals this weekend. END_OF_DOCUMENT_TOKEN_TO_BE_REPLACED