Well, at long last[1] we’ve reached the end of 52 Before 62 journeys.  And what a journey it was, through some of the not-nearly-as-well-explored corners of film history.  It’s been fun and, if we’re honest, a little educational.  And while you may have taken different lessons away from this project, these are some of mine. 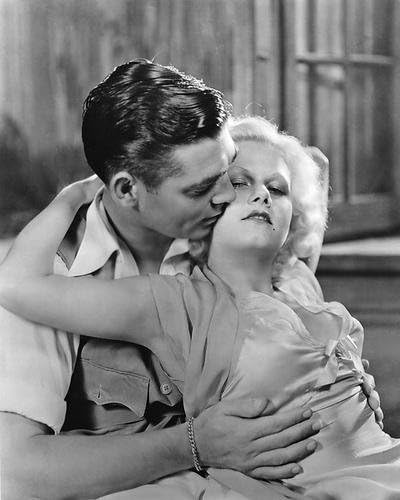 The Motion Picture Production Code — otherwise known as The Hay’s Code — stretched from the mid-1930s up to the 1960s and was meant to be industry self-regulation so as to avoid the threat of government censorship.  To a certain extent that worked, even as it seemed to tamp down on the ability of filmmakers to tell edgier stories.

Of particular interest to the Code was sexuality — it basically tried to remove all sexuality from films altogether or any stripe.  Which is why for all the romance and passion in films throughout that era, sex was only ever hinted at, at best.  For instance, in North by Northwest, rather than have Cary Grant and Eva Marie Saint actually have sex in any demonstrable way, the film essentially ends with a train going into a tunnel.  Which is an obvious metaphor, but is only a metaphor.

Before the Hay’s Code era, though, Hollywood films could be a little more ribald, and in a lot of instances they were — you might be surprised to learn film nudity was not invented in the 1960s.  And while we didn’t watch a ton of pre-Code films here, the one we did that springs to mind is Red Dust, a movie in which we have the near nudity of Jean Harlowe, which was certainly more than would be allowed in Hay’s-Code-era films.[2]  While this near nudity didn’t exaclty made Red Dust a good film, it did hint at a level of sexuality that was otherwise unavailable to filmmakers in later years. 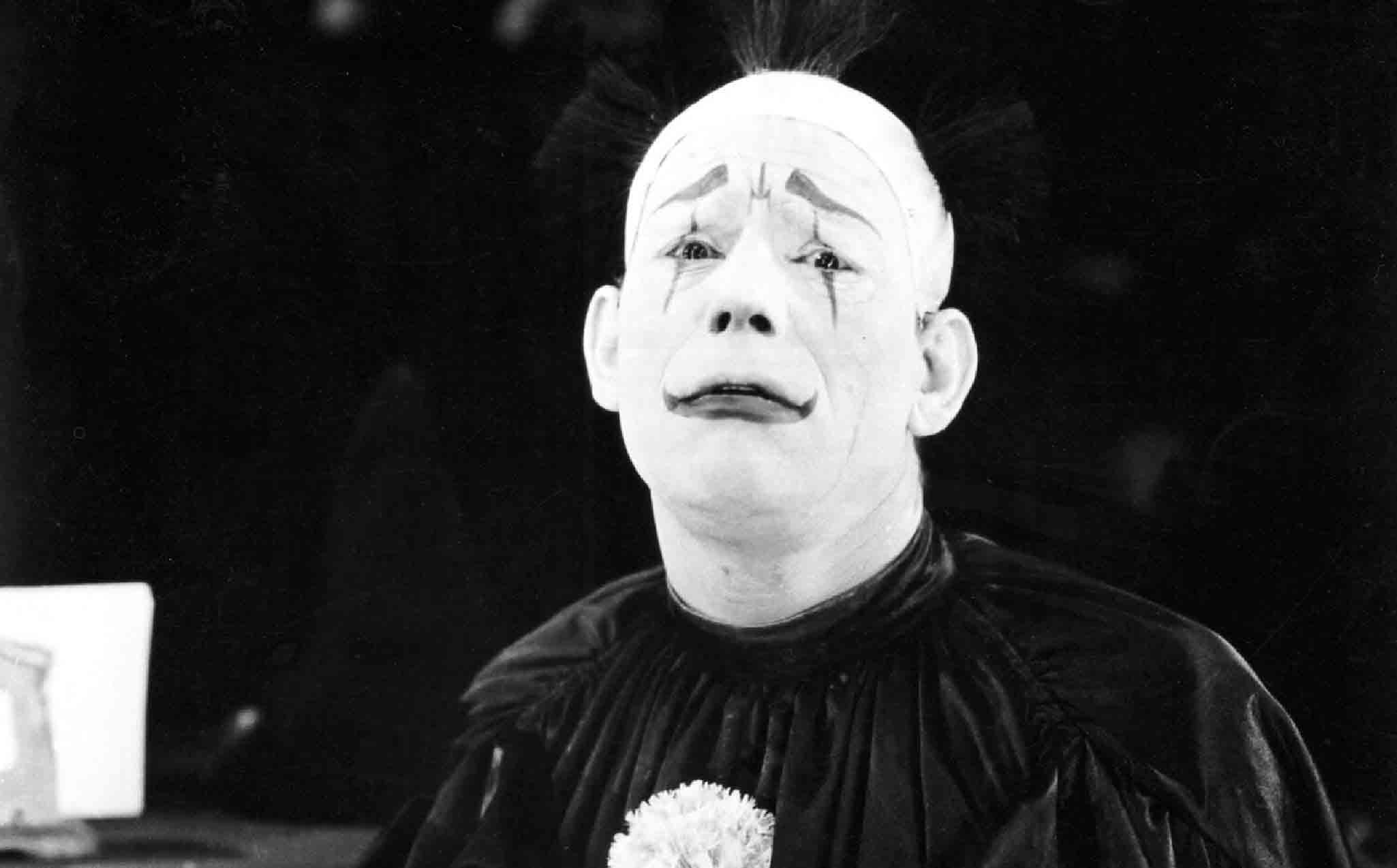 There is no denying silent films are hard to watch in general.  They do not comply with the way we watch movies nowadays, what with sound effects and dialog, which means the story has to be told visually only.  Which also means that in order to ensure you get the full effect of the film, you almost have to glue your eyeballs to the screen.  It can be exhausting.

But more than a lack of sound, early films tended to be totally static monsters, with the camera rarely, if ever, moving, which is why racist films like Birth of a Nation continue to be mentioned by film historians as a ground breaking thing — it was one of the first films to actually try to act like a modern film.  At least technically act like a modern film.

But just because that’s where films at the time were didn’t mean all of them were primitive things.  After all, despite watching just one silent film for this endeavor — He Who Get’s Slapped — the one we did watch was pretty dark and experimental in all the best ways.  The same can be said for other silent films watched in The Best Picture Project and The Also-Rans Project — Wings and Sunrise: A Song of Two Humans.  All three of these films played with the form, played with montage, played with editing, and came up with something interesting and exciting.  But if we had to raise one of them above the others it would have to be He Who Gets Slapped, for no other reason than it’s 80 minutes long, and who doesn’t love a short movie?

One of the takeaways from The Best Picture Project is that “quality” and “Oscar” wins don’t always go hand in hand. After all, there are lots of lousy Best Picture winners.  But at the same time, it can also be a good entree into seeing a film.  After all, some of the films in this series that were either Oscar winners in the top-line categories,[3] or Oscar also-rans, were damn good on their own, or had at least some little good thing to tune in for.  In this case I’m thinking of The Horse’s Mouth, The Informer, I Remember Mama, and The Farmer’s Daughter.

What is the point I’m trying to make?

Well, while Oscar success or failure is no real indication of the quality of a film, if you know nothing else about a film other than it won/lost in a top-line category, more often than not it points to something worth seeing.  So, if you’re willing to roll the dice on something unknown, try one of these.

For all his acumen as a communicator in front of the camera when playing the role of Ronald Reagan, when Reagan had to play the roles of others, he was lousy.  But given how lousy he was as a president, one can’t help but wish he was a better actor, because then maybe he might have left politics to somebody else.

It’s no secret that It’s A Wonderful Life is my favorite film.  For years I claimed my favorite was something else, either Touch of Evil or Citizen Kane, because those are much cooler, and all that.  But as I’ve gotten older I’ve come to truly accept my appreciation for IAWL and willingly admit to be a sucker for it.  And while Touch of Evil and Citizen Kane are great movies — along with The Magnificent Ambersons — I don’t rewatch them nearly as much as I watch other films, and don’t derive the same pleasure from them.  If I’m honest, my top five probably includes IAWL, Jaws, The Shining, Butch Cassidy and the Sundance Kid, and maybe Once Upon a Time…In Hollywood.  I fully admit the last of those is probably there because of recency bias, but I at this point, it’s in there.

Anyway, so pervasive is my appreciation for IAWL that I saw it’s actors all over this list as I was working through this project, even when they literally flashed on screen for no more than a second.  Part of me wants to move on from this project to an It’s A Wonderful Life Project, where I literally run down the entirety of the cast list, top to bottom, as it is on the IMDB, and watch some other movie that every person in the cast has been in but which I have yet to see.  That would be a fascinating project on it’s own and though that’s not going to be the next one for me, I’ve called dibbs on it and will keep it right here in my back pocket for a later day.

There’s an old saying that they saved the best for last, which is not always true.  Sometimes the best is very first, which was true here.  The best film from these 52 was the one we started with — The Shop Around The Corner.  Which is a good place to lead into my awards…

No project like this is complete without some ranking of the films, or awards for them, and here come mine.  There’s no real good reason for me to write much beyond what’s already been written on each of these, so if you want more on why I chose a specific winner, go back and read the review of the film. Best Picture — The Shop Around the Corner, dir. by Ernst Lubitsch

There’s so much I could say about this film but I’ll avoid all that and simply say that, while there were many other films in this series that were quite good, none had the sort of charm and loveliness as the first one did and is why, even at the very end, it’s the one I’m probably most fond of.

Actress — Ginger Rogers in The Major and the Minor

Her co-star, Ray Milland, might be a little bit of a drip in the film, but in this film Ginger Rogers gives one of those truly great performances that has sadly been overlooked a little throughout film history. 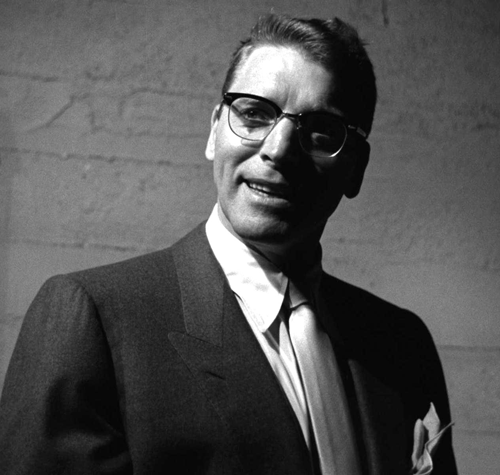 Actor — Burt Lancaster in The Sweet Smell of Success

Was there anybody else in film that could play a charming, malevolent bastard as well as Lancaster could?  If there was, I don’t know him.  And while some parts of this movie may have slipped out of my brain since I watched, the quiet menace of Lancaster has not.

The best kind of supporting actor is one that knows the sort of film he’s in, shows up and plays his part as is required, gives the right sort of weight to the role, and even upstages the leads a bit.  Thatcher does that perfectly.

Off the top of my head there weren’t really any supporting actresses that jumped out at me from this list.  There were a few leads that I wanted to treat as supporting so I could recognize them here — Gene Tierney in All That Heaven’s Allows, maybe? — but in the end I settled on an actress that really seems to anchor her film in the best ways, which is Barbara Bel Geddes.

Well, and with that we’ve reached the end.  I hope this one was as good for you are for me, and stayed tuned for the next one.

[1] Honestly, not that long actually, given The Best Picture Project needed seven or so years to compete and this took a little more than 18 months.  Still, I’d originally intended this project to end six or eight months ago, and it might have, had I not changed jobs in the meantime and found myself with less time to work on this than was available to me before simply because I wanted to make a living and do things like eat and live in a home with heat and electricity.  So, eight months became 18 months.  But I digress.

[2] Obviously, this is not entirely true.  After all, we nearly get to see Marilyn Monroe nude in Niagara, even if it is not exactly sexuality we see on screen at the time it comes.