Well, at long last[1] we’ve reached the end of 52 Before 62 journeys.  And what a journey it was, through some of the not-nearly-as-well-explored corners of film history.  It’s been fun and, if we’re honest, a little educational.  And while you may have taken different lessons away from this project, these are some of mine. END_OF_DOCUMENT_TOKEN_TO_BE_REPLACED 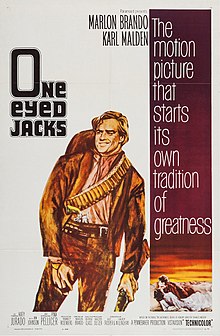 Screenplay by Guy Trosper and Calder Willingham, based upon the novel “The Authentic Death of Hendry Jones” by Charles Neider

Fans of Stanley Kubrick tend to be an obsessive bunch, knowing his films intimately.  They also know that the reason he went so long between putting out films was not some sort of professional ennui on his part — he was not a filmmaker who could barely be bothered to ply his art.  Rather, most of the gap of time between his films was more a matter of Kubrick’s intense perfectionism on his part.  After all, it takes time to get things just right.  Of course, some of that lost time is also due to Kubrick having spent years working on projects that might never have been made at all, or were made by others.

For simplicity’s sake, let’s call those The Lost Films of Stanley Kubrick