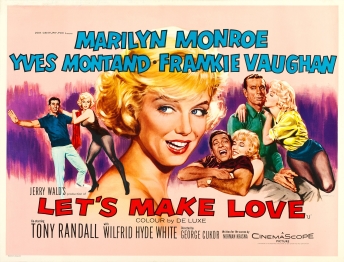 Several entries ago we tackled what was probably the first big hit of Marilyn Monroe’s career – Niagara.  Or, at least the first hit of her career that was attributable to her.  She’d been in other films before – All About Eve, especially – but the success there was not her’s.  She was merely incidental.  Niagara, though, was the first that succeeds off of her and part of the reason for that is because Monroe is so desperately beautiful and magnetic you can’t help but want to see her.  It would’ve been insane if it failed to make money. END_OF_DOCUMENT_TOKEN_TO_BE_REPLACED