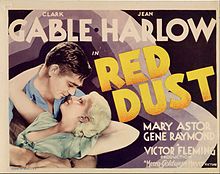 Screenplay by John Mahin, based upon the play of the same name by Wilson Collison

Here’s a question: when you think of Clark Gable, what’s your flavor?  With, or without, mustache?  In my world I can only picture Gable with a mustache, largely because I most closely associate him with Gone With The Wind, where his mustache was so front and center it was basically the defining characteristic of Rhett Butler.  And while Gable didn’t win an Oscar for that role, it is his signature role, so if the mustache defines the role, so it defines him.

Which means it might come as a surprise to realize he wasn’t completely tied to the mustache.  History says he originally hated the facial hair as a sign of uncleanliness, but when it became part of his star, he then hated shaving it.  Now and then, though, you’d catch him on screen with a bare upper lip.  They were rare, but happened.  Most notably he went without in Mutiny on the Bounty – a fantastic film – and also in his supporting turn in A Free Soul.  Relevant to this entry?  He doesn’t have a mustache in Red Dust.

A prostitute,[1] Vantine (Jean Harlowe), runs out of Saigon to avoid trouble, and winds up somewhere in the jungles of Indochina on a rubber plantation run by Dennis (Clark Gable).  She only plans to stay a month, which is when the next boat comes by.  Anyway, because Dennis is hard-driving, and likes a feisty woman, he shacks up with Vantine.  But, she’s not going to stay any longer than needed, so when the boat returns, Vantine is on it.  In the process she briefly crosses paths with Gary Willis (Gene Raymond), who’s come to work for Dennis on the plantation.  In tow is Willis’ wife, Babs (Mary Astor), who’s a little bit high class and who Dennis is instantly horny for.  To clear his path to Babs, Dennis sends Willis off to work on some remote project.  In Willis’ absence, Dennis and Babs hook up, even though Vantine is still lingering about – the bought to take her out broke down, so she’s still stuck at the plantation.  In the end, when the Dennis/Babs affair threatens to come out, Dennis plays the cad and allows Babs to maintain her virtue, even if it means he takes a bullet to the side for his trouble.  But that’s all right, Vantine is there to nurse him back to health. 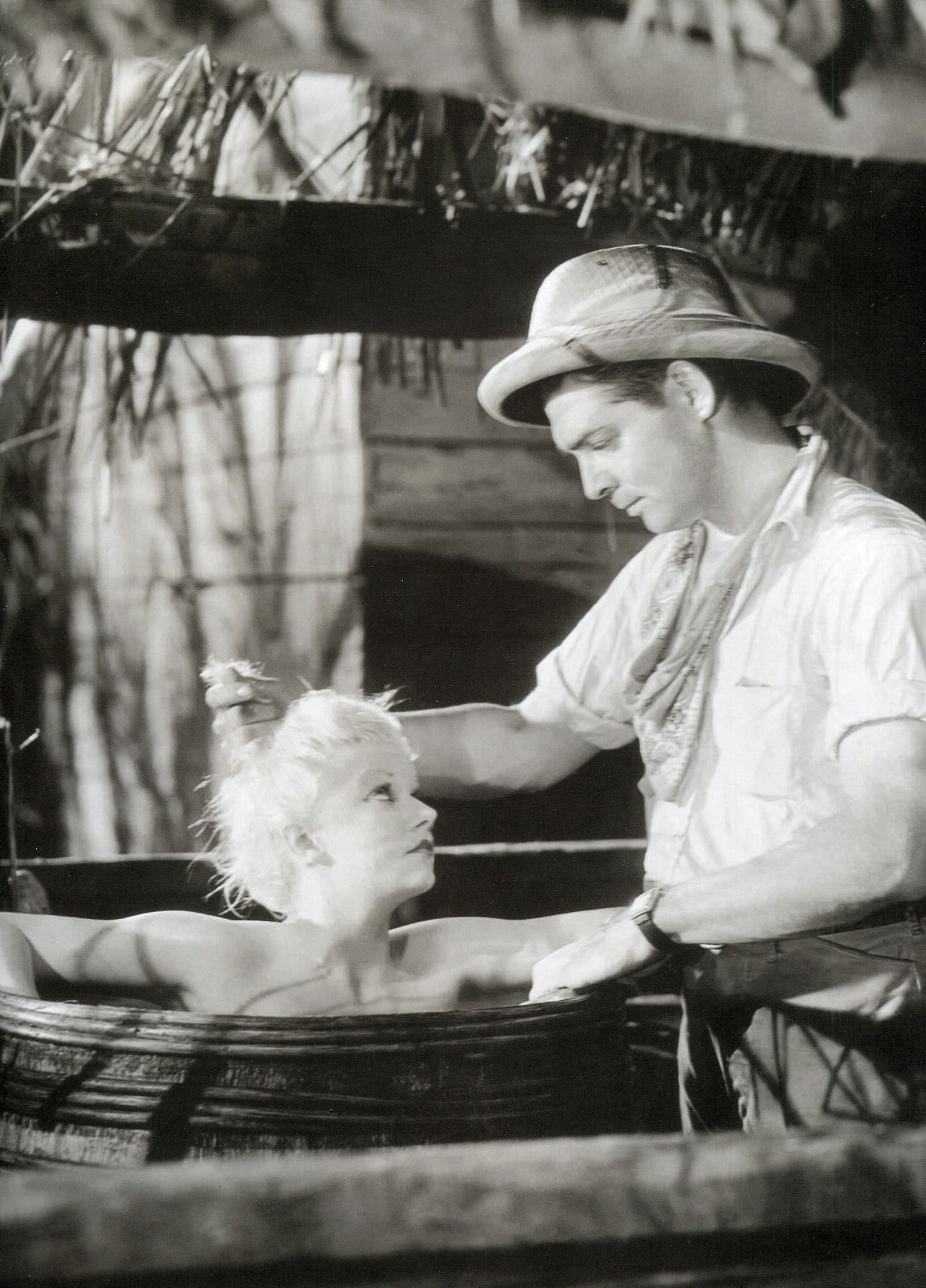 That all said, while the film does have a looser attitude to sexuality, it’s fairly backwards in its gender politics.  It’s not one specific thing that’s said which really sticks in the craw, as much as the way the film embraces the ethic of the time, which seems to be that men are men, women are usually sluts, and should do whatever a man tells them.  And in the world of the film the only men that matter are white men.

If there really is one drawback to the film it’s that, despite being well-directed, it can never truly overcome that its source material is a stage play.  Too much of the movie involves two people standing around talking at each other, and while occasionally those convos are moved out-of-doors, they’re not really out-of-doors, because the whole of this film was clearly shot on a soundstage and looks it.

Still, the film does have two really good sequences.  Or, more accurately, it has one good sequence and one good short exchange.  The good sequence is late on, when Dennis goes out to see Willis’ work in the field, after he’s sent the man away so as to clear a path to Willis’ wife.  When Dennis arrives he hears a tiger has been bothering the work site, so he and Willis set up a blind to hunt it.  It’s a long scene as Willis and Dennis sit together, with guns, in which Willis waxes poetic over Babs, all the while Dennis quietly considers killing his rival to make having his woman that much easier.  The tension of the moment is great and, even if it doesn’t end in death, it is decisive in showing how Dennis is not so tough as you’d imagine.

Gable getting his wound cleaned

The other short scene also involved Dennis.  Fresh off taking a bullet in the side so to protect Babs’ virtue, he and Vantine clean and dress the wound.  One of the things to clean the wound is to sterilize the bullets’ path through Dennis’ side.  This means pushing a swab of iodine through it, end-to-end.  Though there is no blood shown, and the scene is not visually graphic – it’s shot mostly with the focus on Gable’s face – from the way Gable plays it you can believe he actually had a swab of iodine jammed through an actual bullet hole in his side.  Too often we think of Gable only as doing Rhett Butler, or playing a charming jerk, and don’t remember he was a real actor.  If nothing else, his moment of acting in that scene is genuine and tough.

Gable also gets the best line in the movie, when Harlowe threatens to out the affair between Dennis and Babs – her threats are elliptical, but to the point.  Dennis/Gables’ response?  He tells her, “Stop looing in keyholes, it’s bad on the eyes.”  He delivers it well and even if the line isn’t a zinger, it stood tall to me.

Just as the film has retrograde notions of gender roles, it’s also backward-thinking in respect to Asian characters, treating them not as real humans, but as buck-toothed buffoons.  If that sort of thing triggers you, consider yourself warned.

[1] The movie doesn’t explicitly call her a prostitute, but when Garble later offers her money for their month of shacking up, she’s not that upset by the money, at least not in the way a woman would be if she weren’t a prostitute.  She just says, “It wasn’t about that,” and that’s about it.