Screenplay by Leonardo Bercovici and Robert E. Sherwood, based upon the novel of the same name by Robert Nathan

A bishop (David Niven), focused too much on raising money to build a cathedral, and not enough on his wife (Loretta Young) and daughter (Karolyn Grimes), or the Lord’s work for that matter, grows increasingly frustrated with the lack of progress on the project.  When he prays for guidance, an angel (Cary Grant) visits.  Only, while the angel proceeds to brighten the lives around him, ingratiates himself with the bishop’s wife and daughter, the low-key mischief he visits on the bishop only deepens the man’s frustration.  Eventually, though, the angel sets the bishop straight and reminds him the important things in life are family and the Christian ethic.

Some will have you believe The Bishop’s Wife is a lovely, charming film about a married couple who’ve neglected each other – sort of – but rekindle their love when nudged to it by an angel.  Or, it’s a nice, good-natured Christmas deserving of more attention.  Others, like me, will tell you that, yes, there is charm in the film, and the cast seems to have chemistry with one another, but that is not enough to overcome the fact the film is aggressively middling, has a slack pace, and is deadly uninteresting.

The problem is, The Bishop’s Wife can’t decide what it wants to be.  At one time or another it wants to be a pious, deadly earnest film about the power of religion and prayer.  Other times, it’s a silly comedy about the power of a mischievous angel.  Other times still, it strives for something close to magical realism.  It wants to be so much, to so many, that it never really does any of the pieces well and comes off less an inspired mixtures of these elements than something tonally uneven.  And, for all the charm of Young and Grant, and their obvious rapport, the film overall is less charming than you’d think.

But while they have a rapport, don’t let me oversell the Grant or Young parts of this film.  Yes, Grant is charming, as he always is – the man oozed charm – and he’s light, and mischievous.  But he also comes across most of the time as being on a low-level sedative, which drags down the momentum of everything around him.  Young is a bit more lively as the bishop’s wife, and it’s easy to believe she would be attracted to Grant, but she also seems incredibly naïve and is not real good at drawing a distinction between the romance she seems to be playing with Grant, and the platonic friendship the script wants her to have with him.

Sadly, Niven is the real dud.  As the bishop he is neither charming, nor relatable, and as he’s one leg of this three-legged stool, without him making a better effort, the whole thing falls over.

I mentioned before how Grant and Young are so good together you believe they are going to have an affair, and that is an idea the film clearly wants you to have, because it wants Niven to have it, too.  In fact, Niven’s jealousy is something of a plot point.  What’s weird is that this is a film where so much of the plot is built on religion, but the plot also hinges on the very-real possibility of a sexual relationship between the wife and the angel.  That the threat of that relationship is what drives Niven to open his eyes is so odd and, given what we see on screen, if this weren’t the height of the Motion Picture Code era, when adultery would not be tolerated, there’s little to dissuade us thinking the relationship would be more than a threat.  And maybe, if we’re honest, this dull film could have used a little angel-on-bishop’s-wife action. 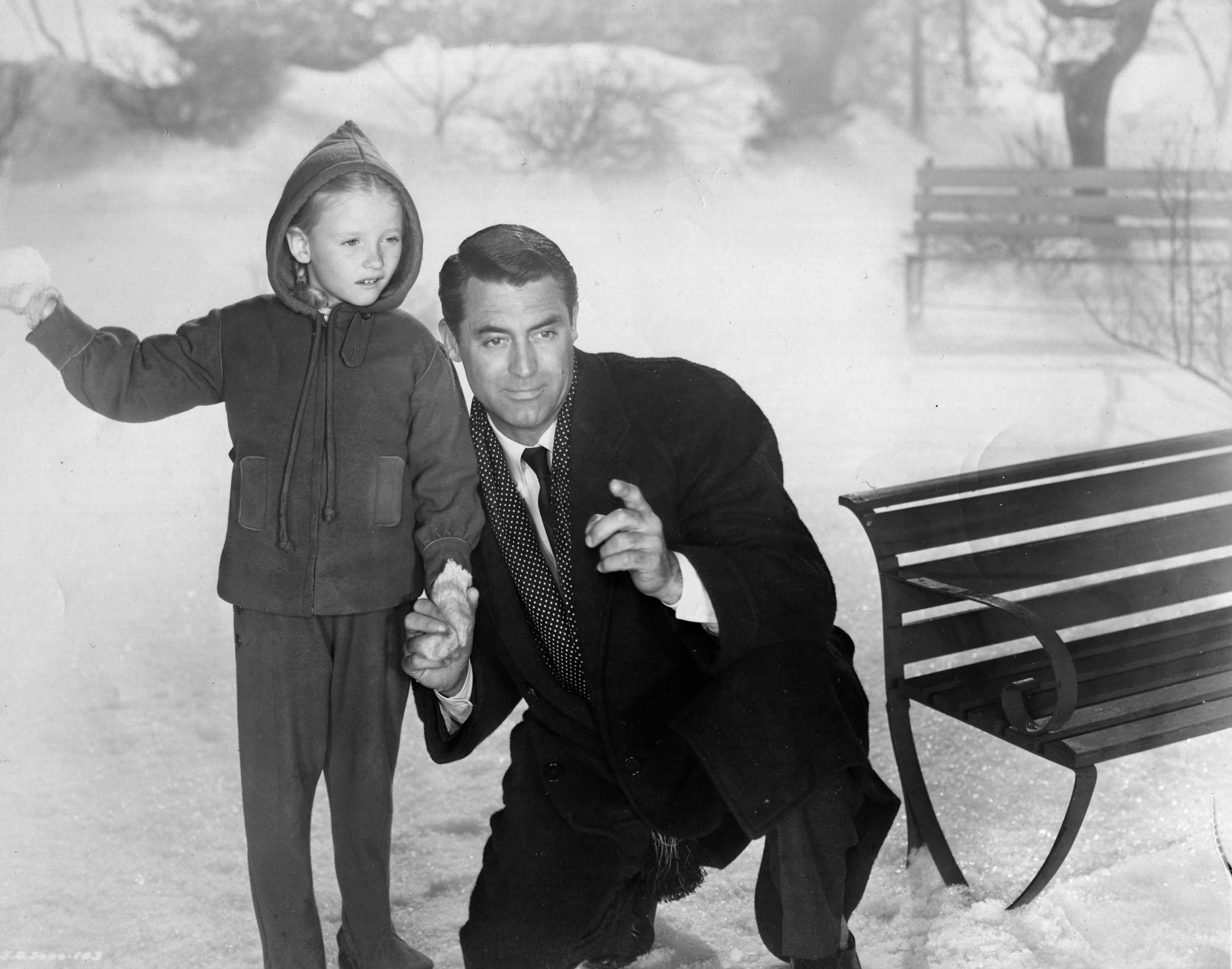 One pleasant surprise in the film is it is a sort-of reunion amongst two actors who both appeared in notable roles in It’s a Wonderful Life.  Most prominent is Karolyn Grimes.  She plays the bishop’s daughter here, but also played little Zuzu Bailey, George Bailey’s daughter in It’s A Wonderful Life.

As it turns out, Grime’s onscreen father in It’s A Wonderful Life appears as well.  No, it’s not Jimmy Stewart who shows up, but Bobby Anderson.  He played the younger version of George in that film, the one who dives into the frozen pond to save his little brother, and who also gets his ear slapped back by the druggist for not delivering the poison.