This is a fact: everything ends.  Good, bad, or indifferent, nothing lasts forever.    So it goes in life, and so it goes with The Also-Rans Project.

I announced this project way back on March 30, 2015, and made the first actual entry on May 31 of that year, with Ruggles of Red Gap.  Even then I knew this project would come to an end, I only hoped it wouldn’t take the 6 ½ years it took to get through The Best Picture Project.  Mercifully, it has not.  Still, that first year was slow, with just three entries, the obvious result of me trying to put an end to The Best Picture Project and focusing my energies there.  As that project ended in 2016, I pushed this one forward in earnest.

Through Oscar year 2017, I’ve seen 101 movies for The Also-Rans.  That is 101 movies for 90 Oscar years.  Some of the extra movies happened because I was not paying attention and watched two movies for a given year.  Some of it was pairing up movies that added context to one another.  One year I watched all five of the short films nominated.  Underlying it all was I watched more movies simply because I love watching movies.  For instance, if you peruse my Letterboxd.com history you’ll see I watched a total of 428 in 2018, 411 in 2017, and just 378 in 2016.  Obviously, you don’t watch that many movies by accident.

Statistically, the movies in this project were entirely fictional narratives.  Most were in English.  Almost all were by white men.  I wish there were more films directed by anybody who wasn’t a white man, but until the middle 70s those were the only films the Academy seemed capable of nominating.  And since then, I’d already seen the vast majority of the Oscar-worthy films, which limited my choices for new discoveries.  So did a varied state of availability of the films.  I did my best, but don’t know if I could have done any better.

In another life I’d cap this series with a “What did I learn piece?”, similar to those “What I did with my summer vacation?” essays the movies believe all little kids write in school, but none ever really had to.  But aside from the Academy having sometimes-strange tastes, I’m not sure there’s any overarching lesson learned from this.  If anything, the big take away is straying off the beaten path, at least once in a while, tends to reward the wanderer in surprising ways.

In lieu of a “What did I learn?” summary, the better thing would be to highlight what I thought were the bests of this project.  The superlatives.  So, without further ado, here are The Also-Rans Awards:

Of all the movies I saw for this series, Quinn’s work here was the one that stood out most.  Yes, you could argue he had a leg up on the competition, playing Zorba in a movie called Zorba, but that argument overlooks the enormity of his performance.  As the lesser-character in the movie – it might be called Zorba, but the movie is truly about Alan Bates’ Basil – Quinn has to work hard to make us forget he’s the bottom-dog in the story.  And boy does he work!  Quinn as Zorba is exciting, charismatic, and so charming that even in his lowest moments, doing despicable things, we are ready to forgive his every trespass.  Quinn plays the part to the hilt and, no shock, it’s his signature role.

Jacob Tremblay, Room.  In Room, Tremblay is the window through which we look at the story.  His wonder and lack of guile are what make it work, and while Brie Larsen won the Oscar, Tremblay is the true beating heart of this movie.

Best Actress/Supporting Actress – Emma Thompson, The Remains of the Day.

One of things I discovered during this project was I have a thing for a certain sort of Emma Thompson role.  Certainly, it was not learned in this project, because I guess I always knew it.  Rather, it all just came into laser focus through it.  And really, what set that realization upon me was her turn as the maid of the house in The Remains of the Day, so quiet in her affections for the butler, and so unrequited in that love.  She is truly the great unspoiled beauty and is so effortless at it.  What’s better is that, as I’ve gone back through this series and refreshed myself on the prior entries, I realized she was easily the best part of the otherwise-boring An Education.

Originally, I thought to let the Best Villains be recognized in the other categories, with the men and women as regular performances, but as it turned out I was so particularly drawn to villainous turns that if I did not separate them into their own category, they would overwhelm the rest.  So, to make things manageable, the villains get their own mention, starting with the best of them:

Jay Robinson, The Robe.  As Caligula, Robinson is the deadliest of villains in this series, plays him well, and was my favorite.  Sneering, leering, and completely impotent of power for so long that he becomes all the more dangerous when he finally has that power and can start settling old scores.  Obviously, because this turn was in a Bible epic, the bloodshed is mostly kept off screen, which makes Robinson’s performance all the better – without the benefit of actually seeing him do evil things, or see them done on his behalf, he has to sell the character on nothing but his verbal tete-a-tetes.  Which he does.  And so good is Robinson, and so memorable, that even when he’s offscreen for long stretches of time, he looms large over everything else.  If that’s not the mark of a truly great villain, then I don’t know what is.

I won’t say much about these scenes, other than you might want to seek these out and, from the whole of this series, these were the moments which stood out in my memory: 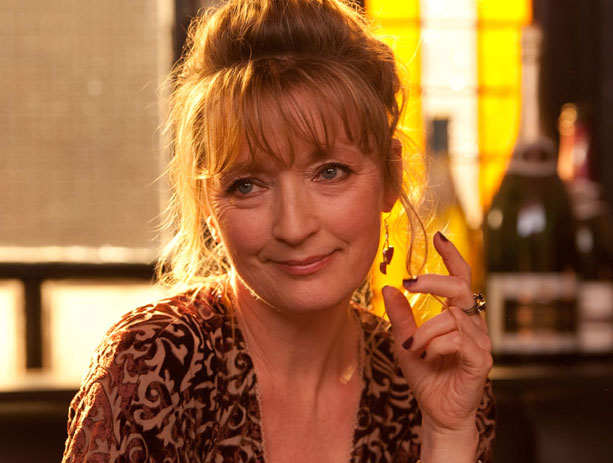 The biggest surprise of this project, and the real revelation, was Lesley Manville.  In all, she figured in just three films, playing two distinctly supporting parts, and one that was arguably the lead.  So enjoyable was she in all these part that I thought about deeming her at least as an Honorable Mention for each one in the Best Lead/Supporting Actress category.  After all, she’s about the best part of Secrets & Lies; is the most memorable thing to me from Topsy-Turvy, which is hard to believe, given how enjoyable that film was; and she really blows it all out in Another Year.  Before tackling this project, I had never heard of Lesley Manville, and now that it’s over I look forward to discovering what else she’s done, and where she goes from here.  In some sense it’s too bad she’s a well-established actress, because it means we don’t get the same sense of wonder about what she’ll do in the future you get with a younger actress.  Nor do you have a long career left in front of her to look forward to.  On the other hand, with her body of work behind her it’s now possible to just binge that career in one go, without having to wait 20 years to get it in drips and drabs.

This is the thing about doing a project called The Also-Rans Project: almost all the films are flawed in some way, which stops them rising up and being best.  That’s the nature of doing a series on the losers.  That also makes it difficult to pick one as being better than the others.  Obviously, some are better than others, while many are worse.  Under those circumstances I thought it best to just call out what were the ten best, in no particular order:

I hope you, loyal readers, have enjoyed this project as much as I have.  I hope it opened your eyes to new films and new performers, and made you seek out something you otherwise might have ignored.  The upside is that, as long as they keep giving out Oscars, they’ll keep creating Also-Rans, so even though this project is at an end, it’s not truly ending.  For as long as I can take a breath, you can believe there will always be more to come.

[1] Because it would be too laborious to differentiate lead/supporting players, and single out the standard-bearers for each, I’ve combined them into one big category.

[2] Or, for the villains, perhaps it’s best to call this a Dishonorable Mention.