The Barbarian Invasions won the Best Foreign Language Film Oscar for 2003, the first for a of Denys Arcand film, following two prior nominations in the same category.[1]  This makes him the most successful French-Canadian filmmaker in history.  That all said, because Academy rules bestow the award on the film, and on no specific individual,[2] the only actual nomination Arcand has to show for himself is for Best Original screenplay for The Barbarian Invasions.  Which he lost.

So, why is it the Foreign Language winner is the subject here?  You guessed it – I’ve already seen all Best Picture nominees for 2003.  In fact, if you look at the top 8 categories (Picture, Director, Acting, Screenplays), I’ve seen all but two:

No disrespecting Patricia Clarkson, who is a fine and beautiful actress, but I just didn’t think I had enough I could say about a Supporting Actress loser to justify a post on the film.  Besides, Arcand is something like an Academy regular, in a sense, so it seems fair to look at America’s neighbor to the north, and see what they’ve been offering that most of us have been missing.

When Sebastien (Stephane Rousseau) learns his father, Remy, (Remy Girard) is terminally ill with cancer, Sebastien returns home to help take care of him.  Except, neither father, nor son, are all that thrilled with one another, owing to long simmering animosity at the father’s infidelity causing the breakup of the family.  Bygones being bygones, Sebastien does his best to make Remy’s last days as comfortable, and successful, as can be, even if it means procuring the old man heroin as a pain reliever, and paying his students to come around and visit him.

In some ways, The Barbarian Invasion and a recent entry in this series, Secrets & Lies,[3] tread similar ground.  Both deal unsentimentally with the fallout from our own lousy life choices, and the regrets we’ve had over the things we should have done.

But while both films tread broadly similar ground, the two stand in stark contrast to one another in terms of execution.  And boy, there are many differences:

Obviously, in comparison to Secrets & Lies, The Barbarian Invasions is the better film, but what about being good on its own?  The answer there is that, yes, it is good on its own.  It is a challenging film is many ways,[5] but it has some humor, and is also honest and unsentimental and, even if father and son don’t really see eye-to-eye on many things, they each come to better understand and appreciate one another.  That said, it’s not exactly the sort of movie you’ll sit down when you want a laugh – it literally ends with the main character having an intentional heroin overdose – but it is rewarding.

Where’d the Title Come From

According to Wikipedia, the fount of all knowledge in this world, the original Barbarian Invasions occurred sometime in the 4th century, when there was a great migration of peoples into the Roman Empire, coinciding with it’s decline.  In a sense, it’s a way to describe the perceived negative influence of immigrants.

In terms of the movie, the greater meaning is in reference to the events of 9/11, which happened about 9 months or so before the story of the film.  As it takes place in the shadow of that event, the barbarian invasions refers to the creeping sense that foreign terrorist have finally landed on American soil.  Or, from the third world into the first world.

The more specific meaning, though, is that the barbarian invasions refers to the world of the son, Sebastien, replacing the world of the dad, Remy.  After all, in years passed the intellectualism of Remy was prized – seemingly – whereas the profit-seeking of Sebastien is prized in this world.  In that way, the barbarian invasions is the pervasive influence of cold hard cash over the artistic and philosophical. 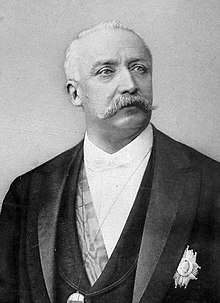 The Kiss of Death

The funniest bit of The Barbarian Invasions also works as an inadvertent history lesson.  You see, one of the stories told is about former French President, Felix Faure, who is said to have died in 1899 whilst receiving oral sex from his mistress, Marguerite Steinheil.  The joke, then, is that after the President’s death, Steinheil was known to produce the “Kiss of Death.”  Certain this was just a bullshit joke made up for the movie, I jumped in an did a little research and…wouldn’t you know?  It’s basically true.

Good Enough To Be An Also-Ran?

The 2003 Oscars were dominated by The Lord of the Rings: The Return of the King, which won all 11 awards it was nominated for, making it the greatest clean sweep in Oscars history.  The problem with those awards were they were essentially valedictory Oscars, given to the film as a culmination of the awards that either could have, or should have been given to the first two films in that series over the preceding years.  After all, of the three Lord of the Rings film, The Return of the King is the weakest, and most bloated, of the bunch,[6] and to give it victory in every race it stood in is a bit insulting and cheapens what the Oscars are supposed to be.[7]

Of course, to heap such scorn on The Return of the King assumes the other nominees got screwed out of their rightful awards by the coronation.  On the whole, though, the other Best Picture nominees are a hodge-podge of better-than-average films (Master and Commander: The Far Side of the World and Seabiscuit), wildly-overpraised films (Mystic River)[8] and rightly praised, but problematic films (Lost in Translation).  Given that state of things, it’s hard not to call The Barbarian Invasions worthy of being an Also-Ran for the top prize.

[3] It also has many things in common with another entry, The Sea Inside

[4] The worst shot for me in Secrets & Lies is when Hortense and Cynthia meet at a diner for the first time and, rather than sit across the table from one another in the same booth, they literally sit side-by-side while Leigh shoots them from across the table.  The only question I have is: what two strangers do that?

[5] The biggest being it’s in French, and the subtitles occasionally race along to keep up with the dialog, which I actually appreciate.  It means they weren’t dumbing anything down in translation.

[6] For my money, the best of the lot is The Fellowship of the Ring.

[7] But admittedly never are.

[8] Tim Robbins accent in that film is a bit of a horror show.