Written by Tom Barry, based on “The Caballero’s Way” by O. Henry

Old films are strange and foreign things to modern viewers.  Probably as strange and foreign to us as silent films were to move-goers after the advent of talking pictures.  Neither operates in the expected, so can be completely jarring.  Some of it has to do with advancements in sound, but just as jarring as the differences in the rhythms of the drama, or comedy; the use of the medium to tell a story; and the way the actors act out that story.

Yet, for all the differences in film across the years, they mostly have one thing entirely in common – they are designed to be efficient machines separating moviegoers from their cash.  To that end, each strives for a contemporary-to-their-time version of spectacle and, using the tools of their time, achieve it.  It’s just that what counts as spectacle, and what it looks like, has changed over time.

In the silent era the spectacle was over-broad performances and hand colored films.  The early talkies shoved in singing and dancing, even when it wasn’t really appropriate to the film, simply because they could.  Today it’s explosions and robot crap and 10-tons of CGI. 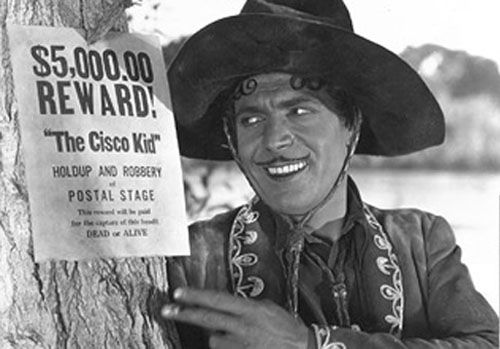 Warner Baxter as The Cisco Kid

The Cisco Kid (Baxter) is a suave, well-dressed bandit, making a living robbing stage coaches.  Of course, he’s not some ordinary crook, but is careful not to steal from the passengers – only the payroll boxes on the stage.  So by stealing only company money, he’s something of a romantic figure.

Well, at least he’s romantic to the hoi polloi.  To the company, he’s a thief and so eventually Sergeant Dunn (Lowe) is sent out to stop the thievery.  Only, Dunn is basically useless at the gig and instead spends his time falling in love Tonia Maria (Dorothy Burgess), who turns out to be Cisco’s sweetheart.  When she reciprocates and tries to help Dunn catch the Kid, she seals her own fate.

In the end, the Cisco Kid gets away.

This Shit Was Big Time[1]

The 1928/1929 Oscars were the second year for the awards and there were seven categories in all, down from the twelve awarded the first year.  Those categories were:

Two films led the nominations that year with five each:[3] The Patriot and In Old Arizona.  Though both films would lose in the Outstanding Picture race to a musical, The Broadway Melody, neither went away empty-handed.   Warner Baxter won Best Actor for In Old Arizona, while The Patriot won Best Writing.  Still, that they each led the nominations surely speaks to the broader appeal of both films and should have marked them as the favorite amongst the Academy voters as a whole.  In later years, this would be the assumption.  But in 1929…

Well, in 1929 the Academy membership as a whole didn’t vote on the winners at all – or didn’t seem to.  Rather, the awards were voted on by the small group of five or so folks who made up the Academy Central Board of Judges.  This meant it was easy to spread the love around to the various studios, and meant powerful men and women in Hollywood could guarantee nominations for a film, or an award for somebody or other, even if they were clearly undeserving.  This is how Mary Pickford won Best Actress 1928/1929.  This is why no film took more than one award each.

Oh, then there is this: the 1928/1929 Oscars were the first, and only, time there were no nominations.  There were only winners.  The only reason we have nominations now is due to research the Academy did into the matter, which later resulted in nominees being named retroactively.

The ultimate point of all this: the five nominations for In Old Arizona don’t really mean shit. Director Irving Cummings was nominated for Best Director for In Old Arizona.  Sure, his direction was not great in an objective way, but it was a different time and they valued different things then.  That happens.  And that’s probably why not only did Cummings not get close to the Oscars again as a director, but is basically forgotten today.

What’s interesting about the Cummings nomination is he alone was nominated for Best Director for In Old Arizona, despite not being the sole director.  Rather, he is one of the two screen-credited directors on the film: Raoul Walsh was the other.  In this instance there were two directors because Cummings replaced Walsh after Walsh had an accident that took his eye and left him unable to finish the film.  Still, that doesn’t seem like it should be enough to rob a man of his nomination.  And yet, despite Walsh being first-named in the credits of the film – inverting the alphabetizing of the names – he was shut out of the nomination.

To be fair, though, if you read the last section of this piece you understand that not even Cummings was nominated at the time and it was the Academy who later decided he alone was nominated.  So, in truth, neither man were nominated, which is probably as it should have been.

Really?  No.  Despite having five Oscar nominations, including one for Best Picture, In Old Arizona is not good.

My suspicion is the film includes the number of songs it does is because sound films just became a thing and they wanted to take advantage of it.  Which is why the use of the music feels completely tacked-on.  And is why when the main character rides off the screen at one point, the camera swivels around to focus on some random mariachi singers, who add nothing at all but unneeded ambience.  And is why when the stagecoach arrives in town after being robbed, we are treated to an almost-full-length rendition of “Daisy, Daisy” before we get back to the plot.  In the end, the music does not help, only exists as a speedbump along the way.

But let’s be honest, tone of the film is the least of it’s problems.  The acting is fairly awful, with Lowe’s smugness the worst offender.  The visuals are static and uninteresting.  And while it’s reputed to be the first talkie western, and the first sound film to be filmed outdoors, it does nothing to deserve those milestones.  In the end it’s all slack and boring and, honestly, if you were to cut all the random musical interludes and the other times when the camera just sort of sat there staring at nothing, this film would be half and hour shorter and would still have all the same characters, story beats, and plot points.  In other words, you wouldn’t miss a thing.

In This Way, The Film Is Ick

The Cisco Kid is played by Warner Baxter.  Which means a Portuguese immigrant from Mexico is played by a white man.  Or, to boil it down: it’s a white man painted up with makeup to play a man of some color, complete with the ‘Mee-stir’ sort of accent.  And the love interest of the film, the Mexican Tonia Maria, was played by Dorothy Burgess.  Which was another white woman painted up to portray a Mexican.

White people wearing makeup to portray other races?  A common thing in early film.  Or, the early to mid-period of films.[4]  And which was a thing that was totally cool back then.  But while In Old Arizona is not outright racist about its portrayal of these character, the low-key racism makes the whole film specious.  So, if you’re planning on seeing this, you were warned. 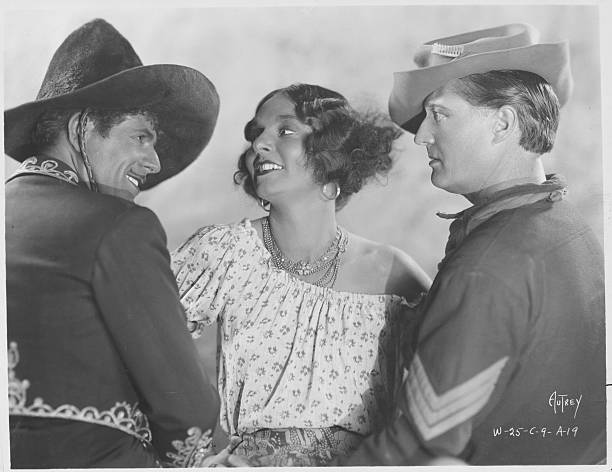 In This Way, It’s Not Ick

Okay, while history and the changing of the times makes the portrayal of other races by white people specious In Old Arizona, it’s actually pretty progressive in how it treats its female lead.  In later years, when the Hollywood Code became a thing, and all sorts of rules came into place for how to deal with various types of characters, the movies would be much harder on a character like Tonia Maria, labeling her a slut, or a prostitute, and would probably kill her for that.[5]  She would have to be punished for sure.  But here, nobody cares at all that she likes to get around and, indeed, when she dies at the end, it’s tragic.  So, I guess it’s a ‘one step forward, one step back’ kind of thing.

[1] Much off this info was pulled from The Hollywood Reporter: https://www.hollywoodreporter.com/race/oscars-academys-longstanding-relationship-accountants-question-981547

[2] That’s what they called Best Picture then.

[3] Five each being two more than the next most nominated films.

[5] It also would mean The Cisco Kid has to be punished for his thievery and treachery and would never get away with it.