Written by Isobel Lennart, from the novel by Jon Cleary

Feed Zinnemann had quite a varied career.  Studied filmmaking in France in the 1920s, began directing films in Germany not long after that, and made a film on location in Mexico – all this before he decamped from Berlin for Hollywood at the dawn of the 1930s.  Once in Hollywood he established himself as a director with no real ties to any one genre.  He made socialist realist dramas; westerns that could be read as both supporting, and attacking, the blacklist witch-hunt; musicals; vaguely religious dramas; prestige costume dramas; and assassination procedurals.[1] END_OF_DOCUMENT_TOKEN_TO_BE_REPLACED 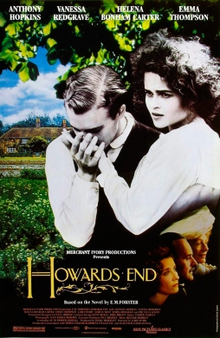 Screenplay by Ruth Prawar Jhabvala, from the novel by E.M. Forster

Now, this should not be a surprise – after all, the bell-curve was developed based on reality.  That reality being that most everything, and everybody, was mediocre, and only the barest few rise, or fall, below it.  To be blunt, very few things are outright good, or outright bad.  Which is why most of the entries in this series answer the question of, Better than best?, with an easy no.  Very few things are the best, and even fewer are better.

It should not come as a shock, then, that Howard’s End lives more in the fat part of the bell-curve with the other mediocrities than out on the extreme ends with the truly exceptional.  Because the odds always were that it’d be ‘meh.’

In the early part of the 20th century, the fortunes of two British families – the wealthy, conservative Wilcox’s, and the economically-secure-but-not-wealthy, intellectual Schlegel’s – intersect in different ways.  And because these two families, and the disparate folks who happen into their orbit, come from different parts of society, there are all sorts of minor culture clashes amongst the different parties.  In short, it’s a soap opera of very stiff-upper-lip types, which means it’s fairly quiet and more concerned about propriety than anything else.

Howard’s End has no real narrative through-line, or spine, or arc, to tie it all together.  Rather, because it’s more interested in the interactions of different parts of society, it’s more episodic, meandering from one bit to the other.  Episodes that only sometimes touch one another:

Because the movie plays out over the course of these various stories, there is no central unifying story drawing it together in any cohesive way.  Sure, the lineage of the house, Howard’s End, drives much of the action, but at the same time is immaterial to as much as it is material.  After all, while it is central to Charles’ story, and certainly important to Henry’s, it’s basically tangential to Helen and Margaret’s, and has no connection to the Leonard Bast story at all, other than he is accidentally killed there when he comes to see Helen.  In fact, the house has very little bearing at all on the relationship between Ruth and Margaret – so little bearing that the gift of a house to a newly-formed friend seems odd.

And because the film is told this way, with episodes only occasionally bumping into one another, the film feels as if it really does not have a true leading performance, or performances.  For instance, despite being top-billed, Hopkins doesn’t really arrive into the film until thirty minutes in, and he occasionally disappears for long stretches.  And while much of the story seems driven by Thompson and Bonham-Carter, they each have their own extended periods off-screen – especially Bonham-Carter, who all-but disappears from the film for what seems like an eternity at the end.   So the film feels…unfocused.

All of this, of course, overlooks that much of the movie would cease to exist if people would (a) just talk to one another instead of hiding everything behind the veneer of propriety, and (b) mind their own damn business.

Thompson won the Best Actress Oscar for her work in the film, and she does give a fine performance.  She’s a bit flighty to begin, when she seems settled into the notion of being an old maid, until she finally flourishes in her marriage to the much-older Henry.  As Margaret, Thompson is charming and witty and pretty, which means I cannot believe this particular woman would ever be an old maid, needing to be saved by an old rich man.  She’s just too attractive.  Which is probably an inadvertent truth about the movie business – even in the movies the plain-Jane’s have to be attractive women.

That all said, while Thompson won the Oscar, the crucial, yet overlooked, performance was given by James Wilby as Charlie Wilcox, the brutish, elder son who accidentally kills Leonard.  Even though the death is truly accidental – he wants to beat Leonard up, but not really hurt him – we have no sympathy for the killer because Wilby plays him as entirely risible.  In this way, Wilby makes him the perfect villain – he’s handsome, has some charm, and worse, his motives are not all that bad.  He just wants to preserve his family fortune and name, he just goes about achieving it in the wrong way, which makes us have to hate ourselves for sympathizing with his goals.  In the end, his is the kind of performance that won’t win any awards, even as it is exactly what this sort of film needs. 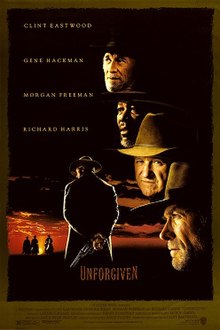 In the year that Unforgiven won Best Picture, and other nominees included Neil Jordan’s The Crying Game, not mention 1992 was the year of A River Runs Through It, there is no way Howard’s End could ever be argued as being better than the best. 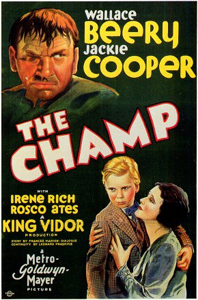 In the modern world, women are consistently second choice to men in just about everything – mostly for sexist reasons.  They also make less money for doing the exact same job – also for sexist reasons.  But it’s not only today this happens, because it’s been that way since time immemorial, and Hollywood has certainly been no different: all the big stars are men, and all the big paydays are for me.  For proof, consider the relative pay imbalance between Mark Wahlberg and Michelle Williams for Ridley Scott’s All The Money In The World, even before Wahlberg squeezed more money out of the re-shoots.

It is in light of all this that the achievements of Frances Marion were all-the-more amazing. END_OF_DOCUMENT_TOKEN_TO_BE_REPLACED 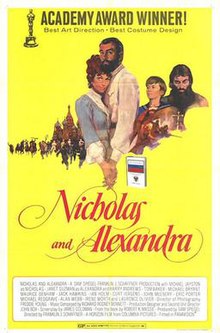 Written by James Goldman, from the book by Robert K. Massie

From the late 1960s, through the 1970s, there was a New Golden Age in Hollywood.  This was a time when popular movies were also good movies, but also a time when edgy films could be popular.  If there was a Venn diagram to represent it, then the circles for ‘Edge’, ‘Popularity’, and ‘Good’ would all overlap completely.

I Wrote A Thing — So It Goes

Hello, everybody — I wrote a thing.  This is aside from the usual things I write here, about movies.  Also, it’s unlike what I write here in that you will have to pay for it.  You can get it from Amazon either on the Kindle for $2.99, or in a paperback form for $13.00.

Here’s the description on Amazon:

Eight stories of friends and family, connected by cars, movies and funerals.

Does that description tell you much about what you’ll find?  No, because I’m terrible at writing descriptions of my writing.  A longer version would be to say it’s 8 stories, about a small group of family and friends, as they interact over funerals, movies, affairs, and red VW beetles.  I think it contains some of my very best writing, and also some of my most personal writing.  Which is why, even though I’m from the midwest and we abhor self-congratulation, I am pretty proud of the writing within.

Feel free to buy anything else I’ve written here.

And remember, you never feel bad when you treat yo’self, so go ahead and start buying!  And if you do buy it, please leave a review — I love reviews!