Hope and Glory is a war film – specifically, a World War II film.  But not in the way that anybody goes off to battle and dies in an overly bloody or realistic way.

And also not in the way World War II films tend to be defined, which is exclusively by the American involvement.[1]  You know, the story of a group of disparate ethnicities and regional accents from across this melting pot of a country we live in fighting the Nazi’s.  Rather, it’s more a character study, focusing on one London family in the first year or so of the war, and how they cope with the blitz.

In other words, Hope and Glory is a war movie where the battles and fighting are explicitly off-screen, and rather than chronicling the adult experience of the war, it’s a child’s-eye-view of it.

The main character is Billy (Sebastian Rice-Edwards) a 10 year-old boy who lives in a London neighborhood with his parents and his two sisters.  Though it is the family’s story, it is shown mainly from Billy’s level, and hardly any scenes pass without him.  Then, the ones that do shift focus follow other children, primarily Billy’s 15 year old sister, Dawn (Sammi Davis).

What’s interesting is because Hope and Glory is told from the point-of-view of the children, it has a different conception of the war than we’re used to.  Yes, the bombing campaign that happened during the blitz is presented as frightening and destructive, but also it’s something exciting and almost wonderful to the children.  Certainly, homes are destroyed, and lives are turned upside down, but this also turns the world into a playground where they can break windows and destroy things with little consequence.  And for the older sister, Dawn, the war means an influx of soldiers in the country, and everybody knows soldiers are always on the lookout for girls, at the same time she’s on the lookout for boys.

Through it all, we see the joy amidst the horror of war.  We see the comedy and absurdity.  Where another director might’ve made this film to be hyper-realistic, and wallow in the little tragedies, like the family house burning down – it is not bombed, it merely burns down – this film just shrugs its shoulders and says, “Houses still burn down during war.”

Then, when the family has left London to stay with family on Pharaoh’s Island, in the Thames River, it is almost as if the war does not exist.  Unlike London, which is shelled nightly, the only real hint of war on the island is the rationing of food and fuel.  Otherwise, the family goes about their days boating on the river, playing cricket, and dealing with the fact that Dawn let a soldier get her preggers.

It’s in the humor, though, where the film really shines.  Sight unseen I supposed this movie to be some painfully-earnest story of the war, and it would be a slog to sit through.  And while there is some melancholy to it – it’s a war movie, after all, and some folks die – there’s very little.  T0 be fair, this is not a wall-to-wall comedy, but it’s not all-serious, either.  More than anything it’s honest in pointing out the good times and the bad times and was why I found myself laughing out loud at any number of scenes—

Anyway, this movie is a perfect example of why you should avoid spoilers of any sort, if you can, because having no expectations means you’re more likely to be pleasantly surprised by what you find.  Moreover, if you go in expecting nothing, you’re not disappointed when you get something.

In all, the movie doesn’t wallow in the horror of the war, but looks at the efforts of a family to stick together and persevere, and even find some joy.  It revels in life, which makes for a fairly uplifting film. 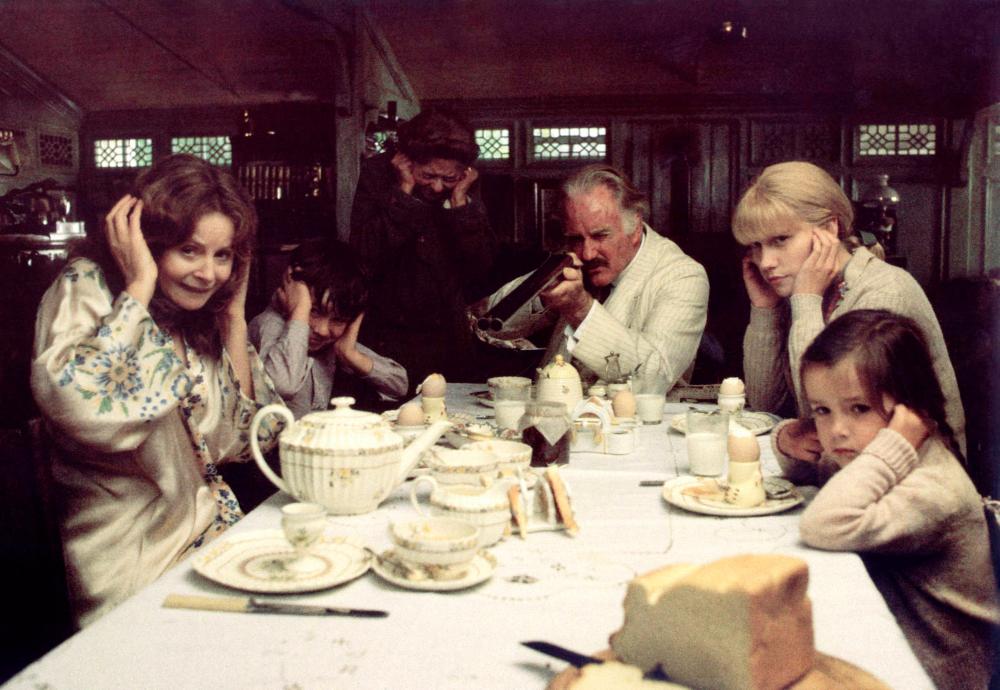 On the whole, the cast does fine work.  Sarah Miles, as the mother, is a bit shrill at times, and Sammi Davis, as the oldest daughter trying to spread her wings, is a bit too-screechy for my taste, but at least they come across as believable.  And the actors portraying the children had a good presence and did not seem to be giving performances as much as existing.

The standout, of course, is Ian Bannen as the put-upon and a bit doddy grandfather.  Yes, he get’s the obvious stand-out role – he gets to play a little big – but it’s fun and he really helps bring the film home. 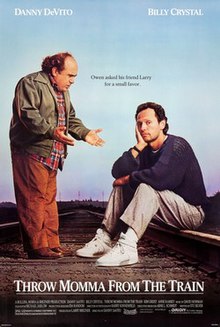 Hope and Glory was a personal film for Boorman, based on his own experiences in the blitz, and it shows.  In another set of hands the film would feel tonally different – perhaps emphasizing the horror over the humor, or vice versa.  But Boorman brings a steady hand to the mix, probably because he lived it.  It’s that personal touch which makes the film really connect.

That said, there are things I wish were different, particularly the music.  On the whole, the music a little too-sentimental for me and tended to clash with the overall intent of the film, to the extent it threatened to push me out, rather than draw me in.

In addition to Hope and Glory, the Best Picture 1987 competitors were a varied bunch:

On the whole, while I enjoyed Hope and Glory, I’m torn on whether it’s Better Than Best.  As a whole piece of work, I’d rather watch it than The Last Emperor – it’s shorter and funnier.  But, the front half of The Last Emperor is simply sensational and on it’s own is easily the best part of any of the films in the race.

Even so, deeper down the list of nominees from 1987 are two films that some would say could/should be the Best Picture: Full Metal Jacket and The Princess Bride.  But for my money, the real choice for Best Picture 1987 is the comedy riff on Hitchcock, Throw Momma From The Train. 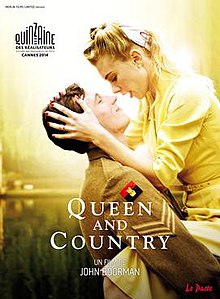 John Boorman picked up the story of these characters in his later film, Queen and Country, jumping ahead for them about 12 years.  Because he actually made the film 30 years later, none of the actors make the jump from one film to the other.  Which means Billy is played by a different actor, as is the grandfather – gone is Ian Bannen.   In the case of Bannen, the swapping out is a step-down – Bannen was terrific in Hope and Glory – but in the case of the actress playing a mother, she seems to be more on point.  The only one that I’m undecided on whether the change is an improvement or detriment, is Dawn.  In Hope and Glory, Dawn was played by Sammi Davis as a shrill, sex-mad girl.  In Queen and Country she’s played Vanessa Kirby, who brings a more incestual vibe to the role that made me uncomfortable.

Anyway, 12 years after Hope and Glory, the family still live with the grandparents on Pharaoh Island.  That is, all except Dawn, who has buggered off to Canada with the soldier who got her pregnant in the first film, where she’s had a second child with him.

At the top of the film, our boy Bill is conscripted for a two year stretch in the British army, which is just getting involved in the Korean war.  Unfortunately, he is not sent off to be a regular fighting soldier, but winds up teaching typing to prospective army clerks with a friend of his, Percy (Caleb Landry Jones).[2]  Much of the film then involves their lives on a military base, butting up against army regulations, butting up against strict commanding officers (David Thewlis), and trying to get laid.  Schemes are hatched and girls are wooed, and in the end Percy winds up in jail for stealing a clock – in the grand scheme, the clock is nothing special, even as some of the military men think it’s a huge thing – while Bill winds up in love with a nurse and back home to live with his parents.

Unlike Hope and Glory, the war in Queen and Country is not right on the doorstep – it’s literally around the globe from them – making it even less of a danger than before.  As before, the film likes to pick at the absurdity of life, particularly the strict Sergeant-Major (David Thewlis), but is just as sure to let us see some of the drama under it as well.  In all, it was a nice little continuation of the story from the other film.

That said, as in Hope and Glory, the music of Queen and Country the weak part – too often it was disgustingly on the nose and really distracted.  Still, it was nice to see what became of the characters after a dozen years, though it certainly helped my understanding of the film to have watched Hope and Glory the night before.

I’ve found myself reading a bunch of generational-spanning books lately, charting a long course of time for specific family or people.  The Amateur Marriage by Anne Tyler and Some Luck, Early Warning, and Golden Years by Jane Smiley, on top of having read The Rabbit Angstrom Books and the Henry Bech books by John Updike.  In retrospect, it seemed pretty damned natural to go from them to the thematically on-point duo of Hope and Glory and Queen and Country.

[1] No surprise that the concept of American exceptionalism means American’s were taught World War II began on December 7, 1941, when in reality the war in Europe had been going on for two years by that point.  It’s pretty typical of us to believe nothing happens until the United States turns up for it.

[2] For much of the film, Jones was fairly normal as Percy, shedding off the usual tics you get from him.  But never fear, eventually they let him weird out like they always do and he goes for it, like you expect he will.