Screenplay by Paul Osborn, based on the Pulitzer Prize winning novel by Marjorie Kinnan Rawlings

A small farm in 1870’s Florida.  A small family – mom, dad, son – struggling to eke out a small existence.  While they might not have a dirt floor in their cabin, they’re not all that prosperous, having to haul water up from a creek when they want to do the washing.

In the middle of this, a baby deer drops into their lives.  The son, eager for a pet, adopts it right away.  Mom, is a bit circumspect.  And while the deer is accepted into the family, the second it starts to get too old to contain, and begins eating their crops right out of the field, threating the family with starvation, hard choices have to be made.

Along the way, the boy learns some realities of life, the mom learns to be a little freer with her love, and the dad learns…I’m not sure what the lesson is for him.

Anyway, The Yearling plays a lot like a dry run for the later novel, and movie, Old Yeller, only here we swap out the threat of rabies for the threat of starvation, sub in a more involved father, and instead of a dog, it’s a deer.

While the cast goes fairly deep, the movie really only follows the family – the mother, played by Jane Wyman; the father, played by Gregory Peck; and the son, played by Claude Jarman, Jr.

Peck has no problem playing the decent, hard-working, yet fundamentally understanding father, who doles out tough lessons with love.  He basically does that thing that Gregory Peck is best at, and does it like a champ.  If you ever wondered what Atticus Finch was like as a younger man, here it is.

Similarly, Wyman holds her own as the somewhat-emotionally distant mother, too afraid to get close to her one surviving child, given her six other children died as toddlers or less.[1]  She might not have to do much here, given the type of movie this is, but she does it easily – it’s hard not to be moved by the depth she gives her character with just little looks and flicks of her eyes.

The only weak points of their performances is their accents.  Peck was apparently a California boy, through and through, while Wyman came from Missouri.  Crucially, neither were from Florida, or anywhere near it, and it shows, given how lousy their accents are.

As a kid I saw Eddie Murphy in Raw and Delirious and in one of them – I can’t remember which – he does what he thought was a stereotypically white-guy voice.  It was broad and terrible, but since it was played for laughs, it worked.  Well, in The Yearling Wyman and Peck try to put on a Florida accent but, rather than do it straight and try to make it legit, they throw it on almost like a caricature and instead of sounding authentic, they sound like they’re joking.  It’s all the more glaring because there are folks in the film – like Chill Wills – who take to the accent without so much as a hiccup and come across as incredibly genuine.

Still, while Wyman and Peck get the accents wrong, they at least nail the emotional truth of the characters.

Unfortunately, while those two are good, the true star of the film – Claude Jarman, Jr. – is dreadful in every way.  Yes, I know they gave him a Juvenile Oscar was his performance, and I come to you today with the idea that maybe they should rethink that.  Can then revoke Oscars?

Here’s the problem – the character Jarman plays is supposed to be about 12 years-old, but Jarman plays him like the kid is 5.  Or younger.  And worse, he doesn’t just play him younger, he plays the kid like he’s 6 pieces short of a 6-piece McNugget meal, flying wildly from overacting in his joy, to overacting in his sorrow.  He’s so bad I spent a significant portion of this movie goofing on his overwrought, overly-dramatic performance, laughing just about every time he threw another of his wild-eyed gazes at us, or threw a tantrum.  And it wasn’t just me, because my wife goofed on it, too.  Usually, she doesn’t pay much attention when I watch these movies but this time she could not help herself checking in every couple of minutes for a quick laugh.

Think of it another way – while the rest of the cast tries to play things naturally, Jarman makes it theatrical, literally like he’s acting in an entirely different movie than everybody else, and it shows.

Given this movie takes place on a farm, and in the Florida heat, and in a place where the characters lust over a well being dug right next to the house – so they don’t have to schelp over to some stream to wash themselves or their clothes – it’s surprising how clean everybody looks.  They don’t look dirty, they don’t look like they ever sweat – they look like they have a bath, with soap, every day.

So, in one respect, this is not exactly the most accurate film ever to roll through a set of sprockets to be projected by a high intensity lamp.

That said, this is the second movie in The Also-Rans as of late – the other being The Nun’s Story – that embraced a genuine look of fatigue in its main female character.  There we saw Audrey Hepburn pale, with bags under her eyes.  Here it’s Jane Wyman, looking a bit run down, with bags under her eyes.  I call it out here because it’s rare to see a certain vintage of Hollywood leading lady looking realistic.  It’s rare to see such verisimilitude in the story.

You Know I Hate This

Regular readers of this site – I must have one or two – probably know I despise movies that start with a voice over, then abandon it completely within the first few minutes, never to hear from it again.  The Departed, and Jack Nicholson’s opening narration, was a prime example of such bullshit.

Why do I despise it?  Because it smacks of artlessness and lazy storytelling.  Because instead of throwing us in media res and allowing the audience to figure out the story for themselves, or instead of giving context clues along the way to bring us up to speed, the film just goes ahead and tells us, “THIS IS WHAT’S HAPPENING, DUMMIES!” or “THIS IS WHAT I THINK!”  As if we’re too stupid to figure it out.

Guess was The Yearling does?  That’s right, gives us a minute or two of Gregory Peck rhapsodizing over the Florida swamp, never to appear again.

This Should Be A Disney Movie

Given the run of adventure and nature based docs and fiction films based on adventure stories Disney Studios would go on in the 1950’s, beginning with Treasure Island, it makes sense that The Yearling would be a Disney – it’s good natured, has broad emotions, is aimed squarely a kids, and has darkness that’s more weak sauce than actual darkness.  It would fit right in with Davy Crocket and Swiss Family Robinson, and you can almost see it played out with Kevin Corcoran and Tommy Kirk subbing in as the kid.[2] 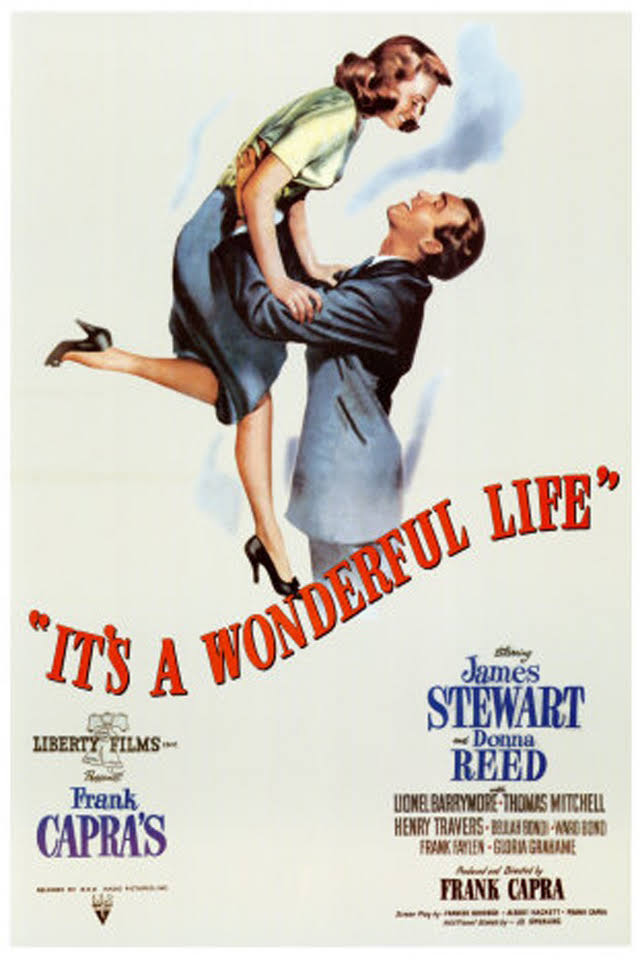 I didn’t care much for The Best Years of Our Lives, your Best Picture winner of 1946, but it had it’s moments.  That said, it was better than The Yearling.  After all, while The Best Years of Our Lives might not have really spoken to me emotionally, and the story was a bit dull, at least I didn’t actively goof on it, like I did to The Yearling.  So in that respect, the Best Picture winner was actually better than one of the losers.  Huzzzah!

That all said, the real Best Picture of 1946 was It’s A Wonderful Life, a movie that, if it had won the big prize, might be the greatest Best Picture winner of all time.

[1] Why they kept having kids after they kept dying off made me think of that line in Nebraska, when Bruce Dern is explaining why he and the wife had kids: “I like to screw, and your mother’s a Catholic, so you figure it out.”

[2] Don’t forget I already compared this movie to Old Yeller.