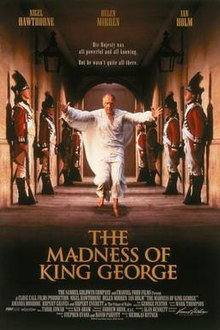 Screenplay by Alan Bennett, based upon his play

The year 1994 belonged to box office juggernaut, and improbable awards darling, Forrest Gump.  It’s domestic gross, thanks to Box Office Mojo, was $329 million,[1] on top of its seven Oscar wins from 13 nominations, which included taking the trophies for Picture, Director, Actor and Adapted Screenplay.  And somewhat rare among Best Picture winners, it’s actually fairly enjoyable.  It’s not great – certainly not Best Picture worthy – but it’s not bad, either.  And that’s how we would remember the film today if not for it having one Best Picture over a true classic, Pulp Fiction.

Just as Crash would be forever tainted by beating Brokeback Mountain and could never be a movie judged on its own merits again, Forrest Gump is derided for having bested Pulp Fiction.  The win doesn’t change the quality of either movie, only the perception of them, and opens them up to harsher criticism than they might otherwise face.  As Pulp Fiction’s faults are overlooked because it didn’t win Best Picture, Forrest Gump’s are magnified because it won. END_OF_DOCUMENT_TOKEN_TO_BE_REPLACED 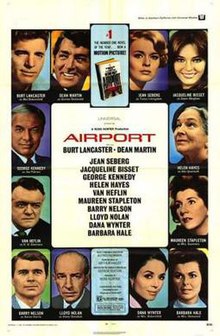 Screenplay by George Seaton, based upon the novel by Arthur Hailey

Back in the days before I was a cord-cutter, and before the channel stopped playing movies sans commercial breaks, I watched a lot of the IFC channel.  To date it, this was back in the Matt Singer/Allison Wilmore days, both of whom have gone on to do other things, including the excellent Filmspotting SVU podcast.

Anyway, part of what I enjoyed about IFC was it’s eclecticism.  Where else would you find blackspoitation classics like Foxy Brown and Coffy, rubbing shoulders with modern TV classics like Arrested Development?  The other part I loved about IFC was it’s array of documentaries.  I’m pretty sure that’s where I first saw This Film Is Not Yet Rated, and also The Bus Movie.[1]  And it’s where I was first introduced to Jon Ronson’s documentary, Stanley Kubrick’s Boxes, which I love so much I bought the blu-ray of Full Metal Jacket, which I already had on DVD, simply because it has that doc on it. END_OF_DOCUMENT_TOKEN_TO_BE_REPLACED