Is a movie – or any work of art – about a great man inherently a great movie? The answer is clearly no. There are many terrible films about great men – how many times has Jesus been on the big screen in a steaming pile of crap? Similarly, there are films about despicable men that are not automatically despicable themselves. For example, see A Clockwork Orange, or Taxi Driver. Both films are about morally bankrupt individuals, and yet, they are great films.

These inquiries, inevitably, lead to the question of whether Gandhi deserves to be the Best Picture of 1982 or not. If the man and his causes were the criteria, the answer is an emphatic yes. If the film itself is the criteria, then I’d say emphatically no.

What’s right with Gandhi? Good man, painterly scenery. What’s wrong with Gandhi? Over-length and repetition. Certainly it’s not a terrible film, and there are moving stretches, and it touches on universal themes regarding racism and self-determination that are still relevant, even today. But overall the film is fairly staid and bloated – it’s at least 30 minutes too long. It’s not a film that has any right to win Best Picture and to me could not have done so without a little friendly love for Gandhi the man. Otherwise, if the Academy understood they were vioting for Gandhi the movie and not Gandhi the man – in a perverse precursor to Crash winning Best Picture nearly 25 years later – it’s somewhat doubtful Gandhi would have won anything.

But even aside from the considering the role the politics of the movie played in its selection as Best Picture, is the interesting dichotomy between art and commerce, specifically, that a film that does big bank cannot be rightfully called art, while a film striving to be truly artistic cannot ever succeed if it makes any money, that played out in 1982. 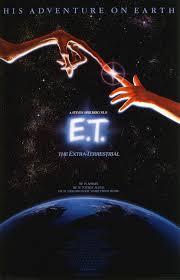 The awards season was dominated in 1982 by Gandhi – the movie was nominated for 11 Oscars, won 9. However, the box-office in 1982 was dominated by a film about another little fella – E.T., which also did all right during award season, taking 9 Oscars noms, with 4 wins. Given that E.T. cleaned up at the box office – it was a such a juggernaut whose domestic gross of $435 million, according to BoxOfficeMojo.com was so titanic it would not be bested for 16 years, by the appropriately titled film, Titanic – and given the relatively even amount of nominations between the two films, you would think E.T. and Gandhi were the main competitors for the top prize at the Oscars.

Basing it on box-office alone, the knee jerk reaction would be to think that E.T. was ultimately doomed by its own success, that any questions of the politics of Gandhi are irrelevant because the Academy never votes for the popular film. But even were that true today, it wasn’t true then, and really, there is no dissonance between art and commerce. After all, 1982 was only a few short years removed from the 1970’s, a decade where three Best Pictures winners were also box office champs, and where out of the 10 Best Pictures from 1970-1979, only one fell out of the top ten at the box office for a given years.*

And even if the two Best Pictures preceding 1982 failed to place in the box office top ten for their years, it’s still not a stretch to think that the Academy was not yet so jaded to think that just because a film made a lot of money that it was somehow less worthy of winning Best Picture. And since the movie made $435 million, it’s safe to say that most of the Academy membership queued up during the year and bought a ticket to the film and saw that sometimes art and commerce can easily intersect.

Given that it cannot necessarily be discounted by its box office, and given its massive cultural impact, the only real explanation for E.T. failing at the Oscar race can only be traced to the tie-breaker we’ll call “The Good Guy Rule.”

In a race between two good films, the film with the “Good Guy” in it must be ranked as better, even if it is less exciting, less interesting, and not the film likely to be watched again and again. See for example, The Kings Speech triumphing over the clearly superior and culturally relevant The Social Network – and also my personal favorite, Black Swan. See also Rocky taking the prize over Network.

Similarly, in a race between films each sporting their own “Good Guys” – who could argue that E.T. wasn’t a good guy? – the biopic must be ranked ahead. See Patton take the prize over M*A*S*H*.

Daniel Day Lewis made a brief, but memorable appearance in Gandhi as a thug who hassles the great man in South Africa. I believe this was his film debut.

*The best picture winners and box office champs of years 1970-1980, with info from Wikipedia. You can follow through all the years, starting with this one:

1970 – Patton was the #4 box office hit of the year, and four of the five Best Picture nominees were the four highest grossing films of the year

1971 – The French Connection was #2, four of the five nominees were in the top nine, including the top two

1972 – The Godfather was the # 1 hit of 1972, and four of five Best Picture contenders were in top ten; as a note, The Godfather had almost twice the box office of the number two film of the year

1973 – The Sting was #2 at the box office, and three of five Best Picture nominees were the three highest grossing films of the year

1977 – Annie Hall is the first Best Picture winner of the 70’s outside the top five; it sat at #6, with four others in the top ten

1978 – The Deer Hunter is the first Best picture winner of the 70’s outside the top ten, though two other nominees were in the top ten

1980 – Ordinary People was outside the top ten, as were four other Best Picture nominees