The Best Picture Project – The Godfather (1972)

Written by Coppola and Mario Puzo

Adapted from the Puzo novel of the same name

I like The Godfather.  I don’t love it, I like it.  It seems reasonable to me that it’s routinely hailed as one of the best films ever made, because I can see how it’s loved, it’s just not a film I’m all that passionate about.  For all the good things said about it the thing that keeps me from loving it is the incongruity of a pulp novel adapted as opera.  Perhaps if The Godfather had followed the lead of Psycho – pulp novel becomes pulp film – I might have had a bigger thing for it.  Still, just because I don’t love it, doesn’t meant it’s bad either, because it’s not. Because I’m hardly an ardent admirer, it’s understandable that I don’t find it a travesty Cabaret was the big winner on Oscar night.  Sure, The Godfather took the top prize – so it isn’t like it got totally screwed – but in nearly every other category it was where it was nominated it was trounced by Cabaret.

In all, Cabaret won 8 Awards to The Godfather’s 3, and in the only category where they went head to head and The Godfather won was Adapted Screenplay.  It might be a classic film now, but looking back it almost looks like The Godfather won Best Picture by accident and given that I’m much more passionate about Cabaret than The Godfather – that Sally Bowles is magnificent – I tend to agree.

Whatever its faults – pulp novel as high opera – the thing leaving me most blasé about the film is Brando.  I know he won Best Actor, but I’m baffled as to why.  Like John Wayne in True Grit, there really isn’t much to the performance – only nostalgia.  Brando only appears in a handful of scenes and in many of the one’s he’s in he’s either called on to simply lie unconscious, or to look haggard.  If that’s what makes a great performance, then I don’t know anything.

Worse, Brando won Best Actor for a role that was clearly supporting, forcing the true star of the movie – Al Pacino – to be relegated to the supporting category, where he was crushed by the force that is Joel Grey.  Pacino is practically in every scene of the movie, which makes sense, as the film charts his descent from saint to sinner, and The Godfather of the title doesn’t refer to Brando, but refers to Pacino finally going all the way over to the dark side.  In short, the film is about Pacino as Michael Corleone and on Oscar night he should have been crowned for it with the Best Actor award – he is truly magnificent in the film – leaving Joel Grey to the Supporting Actor, where he belong.

Still, I do like the balls on Brando to a fake Indian, as in native American, to refuse his Award, something I doubt Pacino would have done. 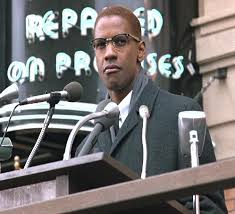 Part of me wonders how history might have been changed if Pacino wins Best Actor.  If he wins for The Godfather the Academy is spared the need to make it up to him 20 years later, giving him the Oscar for Scent of a Woman that rightfully belonged to Denzel Washington for Malcolm X.  And this further meant that because it wouldn’t have screwed Washington out of his Oscar that when Washington rightfully wins again for Training Day it becomes something more than just the second black man to win Best Actor – it puts him in the rarefied group of actor’s with three Oscars in their cabinet.

Whether I love it or like or whatever, The Godfather is still a good movie – though I clearly prefer Cabaret.  But whatever I can say about my personal feelings, watching it I was struck just by how much a film like L.A. Confidential owed The Godfather – stylistically – and how much The Godfather owed Bonnie and Clyde.  The way all the films seem to harken back to another, or stood on the shoulders of a another, makes me think that one day the movies will just eat itself and get it over with.

John Cazale (Fredo) made five films before he died of cancer – The Godfather, The Godfather Part II, Dog Day Afternoon, The Conversation and The Deer Hunter.  Interesting thing they all had in common?  The lot of them were nominated for Best Picture.