Screenplay by William A. Drake and Bela Balazs, from the play of the same name by Drake, adapted from the Novel by Vicki Baum

Before I started The Best Picture Project Grand Hotel was never a movie I would have bothered to see.  But it wouldn’t be because I was some kind of snob, because I’m not.  No, it’s because I’ve already tried to see it, three times, and failed every time.  I don’t remember when I first had a go at it, because who remembers those kinds of things.  But I do remember the exact copy of the DVD I made the attempt with because it was still there at the video store a couple years later when I tried again and is probably still there to this day.  The only reason I didn’t rent it again for this little project, and therefore finishing paying as much in rental fees as if I’d just bought the damn thing in the first place, is because Grand Hotel finally came around on TCM and DVR saved me the rental charge.  Thank you, Robert Osborne.

But even though I’ve tried to watch it a number of times before it still really wasn’t the kind of movie I would normally take a crack at.  After all, I’m not a huge Wallace Beery fan, and the only thing I can remember Lionel Barrymore being in was It’s a Wonderful Life and Joan Crawford – well, more on her later.  No, without the big “BEST PICTURE WINNER” label stuck on the movie, and my mistaken belief that, if a movie wins Best Picture it can’t be all bad, there’s no way I would have ever noticed it.

Every time I’ve tried to watch it – before this last time, that is – I always failed at largely the same point in the movie: the moment where John Barrymore, after breaking into Greta Garbo’s room, reveals himself to her to stop her from impending suicide.  Every time I got to this moment the same thing always seemed to happen.  I turned off the movie.  There’s no real reason to explain why, it just worked out to be the tipping point for me and I always walked away.  Not surprisingly the same feeling happened when I watched it for this project but, because I knew I had to get through it, I blithely continued on, even though I didn’t want to.

I’d like to be a bit simple here, like most Americans, and say I was turned off by the multiple protagonists and overlapping stories, in the film, but I like Robert Altman films, especially MASH and Nashville and Gosford Park, and those movies were all far more complex and layered than Grand Hotel, so it couldn’t be that.  Or maybe I could blame it on the showy speechifying of the acting which, as a modern man, conflicts with my notions of modern acting.  Or that the film is not exactly subtle.  Except, I love Gone With the Wind and ham-fisted acting is as prevalent there, as is the lack of subtlety.  So it can’t be that.

No, I think what it comes down to for me is that, for a movie that won Best Picture, and which trumpets it’s cavalcade of stars in its posters and on DVD covers, I expected Grand Hotel to be something more than just a tiresome story about a bunch of vapid people spending a couple nights in a hotel where not a whole lot happens until just about the end.  The plain fact is that I just could not bring myself to really care about the characters or their lives and wasn’t all that interested in what happened to them.  So I turned it off.

In a lot of ways, Grand Hotel is the kind of movie that can make this project unbearable.  Ordinarily when I can’t get into a movie I would just turn it off and move on with my life – as I’ve done with Grand Hotel three times before – but because I’ve committed myself to watching all the Best Picture winners I can’t quit on the ones that suck.  No, I’m forced to sit through them all, even the tiresome ones and, if ever I’ve had a déjà vu moment of being back in high school and having to complete some assignment I couldn’t care less about – reading The Scarlett Letter, anybody? – it’s in watching movies like Grand Hotel.  Nothing like taking something I wanted to, like watch every Best Picture, and turn it into a slog by making me watch Grand Hotel.

Without a doubt, Grand Hotel is pretty tiresome.  Greta Garbo is annoying, not alluring, and Lionel Barrymore is as grating here as he is evil as Mr. Potter in It’s A Wonderful Life – is it awful to admit that I hoped his character, who was supposedly deathly ill, would die before the end of the film, to spare me his nonsense?  Still, as tiresome as aspects of it were, there was one part that was a true revelation. 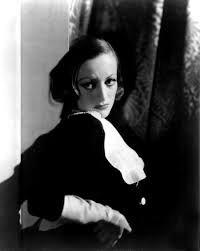 Though I consider myself a bit of a cineaste, whatever the truly means, I’ve never seen a movie that stars Joan Crawford.  Sure, I’ve seen that movie about her, and know she hates wire hangers and her adopted children, but that movie did little to prepare me for the reality that, 1) Joan Crawford was really quite beautiful, with a lovely smile and big beautiful eyes, and 2) she could be quite charming.  Watching her in the film I couldn’t believe this was that same awful woman who beat her kids – that must have been a joke.  Whatever it was, I wish she’d have been the centerpiece of this film instead of one of the cavalcade of stars.  Maybe then it would have actually been interesting.

Name the only film that managed to win the Best Picture Oscar without the benefit of a nomination in any other category.  If you said Grand Hotel, you win.  For more on this, see my post on The Little Best Pictures.

In other posts, primarily those related to Lawrence of Arabia and One Flew Over The Cuckoos Nest I talked about how there were two men who’d managed three Oscars for Best Picture: Saul Zaentz and Sam Spiegel.  Apparently there should be another addition to this category: Irving Thalberg.  As the producer of three Best Picture Winners, Broadway Melody, Grand Hotel and Mutiny on the Bounty, Thalberg would seem to be a shoo-in to join this group.  Unfortunately, because producers did not receive the Best Picture Oscar prior to 1951, Thalberg loses out on a technicality.  I guess he’ll just have to live with the knowing they named the Thalberg Award for him.