The Best Picture Project – How Green Was My Valley (1941)

Any discussion of the Best Picture for 1941 must begin with a discussion of Citizen Kane. After all, it was in 1941 that Orson Welles unleashed his masterpiece upon the world, altering the landscape of movies forever. It was nominated for 9 Academy Awards, including Best Picture, but for all its accomplishments – the amazing cinematography of Gregg Toland, with those deep-focus shots, Bernard Herrmann’s lively score, Robert Wise’s magnificent editing, the elliptical telling of the tale – it won but one Oscar, for Original Screenplay, an Award that was actually hissed at the time because of some pretty intense hatred of Welles. If he hadn’t been nominated with Herman Mankiewicz, it’s doubtful it would have even won that.

Bearing in mind that the film was routinely been cited as the greatest movie of all times, the question becomes: how is it possible that it basically was shut out at award time? The easiest answer is to point to the unspoken subject of the film, William Randolph Hearst. Hearst wasn’t a man to be trifled with. Sure, his empire seemed to be collapsing and his influence weakening, but that didn’t mean it was dead, and when he found out the details of his personal life made it into the film – legend has it that Rosebud is actually the nickname he gave to his lady-friend, Marion Davies, most private of parts – he started a campaign to bury the film. 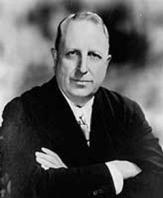 First he tried to buy it outright, or at least threatened to take such action against the movie industry as a whole that they offered to pay all production costs, including a tidy profit, if RKO would simply destroy the negative. When that didn’t work Hearst refused to take advertising for the film and started a smear campaign against it. Then, Louella Parson was set loose like an attack dog.  Hearst, with his influence, was able to destroy the film at the box office. In its initial run, it lost $150k.

Clearly there were some admirers of Citizen Kane at the time – it wasn’t nominated for 9 awards on accident – but clearly not as many as John Ford. What’s this got to do with John Ford? Well, you see, Ford directed How Green Was My Valley – the winner for Best Picture in 1941 – and by the time he made the film he was so loved he’d already been nominated for Best Director three times and won twice. After winning for How Green Was My Valley he would be nominated one more time for Best Director and win that as well. In addition, he won two Oscars for documentaries, bringing his total Oscar haul to six. Pretty impressive stuff and accounts for his popularity as a filmmaker. It also could help account for the ultimate triumph of How Green Was My Valley.

Looking back at 1941 through the prism of history it’s obvious that Oscar voters faced a very stark choice for Best Picture. Nominated for ten awards, How Green Was My Valley was an enjoyably classic, sentimental film made modestly, in the old style. Nominated for nine awards, Citizen Kane was decidedly modern, devoid of sentiment and bulging with the harsh realities of life. How Green Was My Valley was directed by the old master, John Ford, a maker of westerns. Citizen Kane was made by the upstart braggart Orson Welles, who did not lack when it came to hubris.

Just as moviegoers faced a choice, whether to reject Welles or embrace another, so did Academy voters: John Ford or Orson Welles? Well, by now we know John Ford won.

But while Ford won that battle, does that mean he won the war? History has been far kinder to Citizen Kane, vaulting it to #1 on the Sight and Sound poll in 1962, a position it has held ever since, while How Green Was My Valley has always failed to chart. And in the John Ford oeuvre How Green Was My Valley is probably not even in the top ten of his best films, down there behind The Searchers, The Man Who Shot Liberty Vallance, The Quiet Man, The Grapes of Wrath, Stagecoach, Rio Grande and others. The long and the short: Ford has the Oscar, but Kane is the icon.

Of course, all of this is window dressing though, to the actual film. It is without a doubt that the wrong film won Best Picture – clearly, that should have been Citizen Kane. And I don’t let the polls speak on that one alone because I love the film and watch it again at least once or twice a year. But just because the wrong film one doesn’t necessarily take away from the merits of the film that did win.

How Green Was My Valley tells the story of a family in a Welsh mining village, over the course of several years, as changes come over the valley. There is labor strife at the mine, marriages, death, debilitating injuries, talk of unionism and everything else, including impending environmental catastrophe. Told as a remembrance of the youngest child in adulthood, the film longs for the days before the valley was blackened by the slag from the coal, and before the world seemingly changed from a bucolic place that it was, to a rough and tumble place it became. Based on the novel by Richard Llewllyn, it stars a who’s-who of film actors who would continue, or go on to, wondrous careers: Walter Pidgeon, Maureen O’Hara (luminous, as always), Donald Crisp (he won the Oscar here for Best Supporting Actor), Roddy McDowall and Barry Fitzgerald were all prominently featured. There were so many familiar faces in the film I half expected Walter Brennan to go wandering through.

In all ways the film is everything Citizen Kane is not. It’s a simple story, warm and tender, shot rather conventionally without any pretensions to art, and bursting with sentimentalism. While How Green Was My Valley sees the world as harsh, dark, full of right angles, much as Citizen Kane, it takes a much earthier approach to the subject, with characters who actually seem to care about one another and not about what the other can do for me. It is hard, but soothing.

The end result, though, is that because it shades towards sentimentalism, How Green Was My Family seems to me to fade into dozens of other films of the time. Frank Capra could have easily made the film. Citizen Kane, though, is unlike anything before or after and it’s impossible to imagine any other director making it. And even though Welles went home virtually empty-handed, if I had to choose between the Oscar and immortality, I think I’d rather have immortality.

The winner for Black &amp; White Cinematography in 1941 was Arthur C. Miller, over Gregg Toland, the first of his three Oscars.  Gregg Toland, on the other hand, found no such success.  Certainly, he was the DP for a number of classic films other than Citizen Kane, including The Grapes of Wrath for John Ford, but of all those films and his six nominations, his won his sole Oscar for shooting Wuthering Heights.

Click here to see the other winners viewed and those left to go.

Tagged as citizen kane, How Green Was My Valley, John Ford, Orson Welles